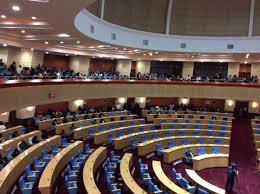 As Parliament has kick-started its budget meeting today, child rights activists are calling for Members of Parliament to grab the opportunity to harmonize child related laws.

In an interview with Timveni, one of the experts Fred Nyondo said various laws do not speak to each other.

Nyondo gave an example of the Penal Code which recognizes a child as one below the age of 16 while the Constitution acknowledges an adult as being 18-years-old.

“There is a huge gap in terms of laws and its one area we would like the members to look into,” said Nyondo.

Nyondo said the past year has seen a sharp rise in cases of abuse against children hence need for Parliament to focus on child rights.

Nyondo has since commended consultations meetings that have been taking place since 2020 between government and stakeholders advocating for child rights.