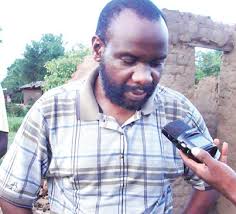 Acting Executive Director for the Federation of Disability Organizations of Malawi(FEDOMA)  has described 2020 as a mixed bag.

In his analysis in an interview with Timveni, Symon Munde said people with disabilities have met numerous challenges in accessing vital social services like health and education.

Munde said it is sad that some parents are still confining their children with disabilities indoors, something which he said is grave infringement of rights.

He also condemned the sidelining of persons with disability from national development activities based of misconception of not being capable.

However, Munde hailed the appointment of some people with disabilities in different government institutions including the Malawi Human Rights Commission as well as advisor to the president on disability.

To the general public, Munde has called for promotion of rights of persons with disability.