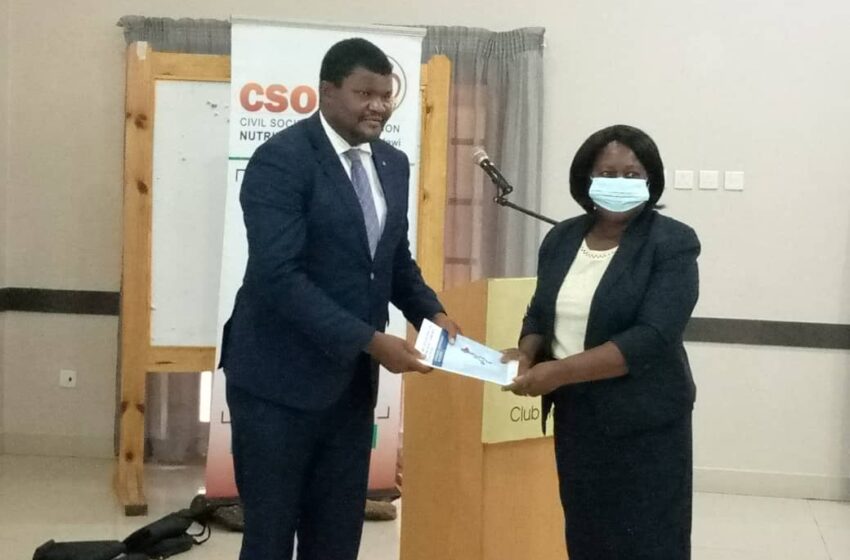 Deputy Director of Finance in the Treasury Levie Chirwa said this on Wednesday in Lilongwe during the launch of second budget analysis report for east and southern Africa.

Chirwa said, "The government will come up with new strategy to maximize levy collection in an effort to increase funding for Ministries, Departments and Agencies including nutrition."

The remarks by the Deputy Director of Finance in the Ministry of Finance follow numerous calls by stakeholders for improved financing towards in the national budget.

"For the past years, successive governments have not done well in scaling up issues of nutrition." admitted Chirwa.

He said the budget analysis report for east and southern Africa has given government more food for thought to improve funding towards nutrition budget.

The report shows that out of eight countries including Malawi, only Tanzania and Rwanda have met the three percent threshold for national budget allocation to nutrition.

Malawi has 0.5% of its 2019/2020 national budget going to nutrition, something which Chirwa said government will strive to shore up to beat regional and global commitments.

In her remarks, CSONA national coordinator Bessie Ndovie said Malawi should fulfill international obligations to give Nutrition stake of three percent and above in its budget.

Ndovie emphasized that it is only a healthy citizenry that propels a nation’s development.