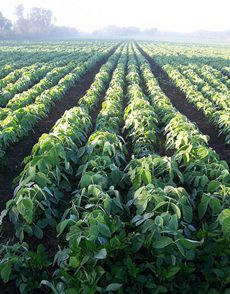 Chairperson of the grouping, Bestina Mthenga, has told Timveni that there is huge benefit in legume farming.

She said promoting Soya bean and groundnuts production has the potential of ending malnutrition in the country because Soya beans can equally provide the required protein content contained in meat.

Mthenga, said there are many profits in legume farming and currently they are also on high demand on the market.

She said it high time women explored opportunities that have the potential of transforming their lives economically.

Studies have demonstrated that some alternative crops are economically viable and highly profitable for smallholder farmers. For instance, soya beans are more profitable than tobacco grown by independent farmers.

As a cheap source of vegetable protein and vitamins, soya bean-based products are for example used to deal with malnutrition among under-five children and to promote nutrition for people living with HIV and AIDS.