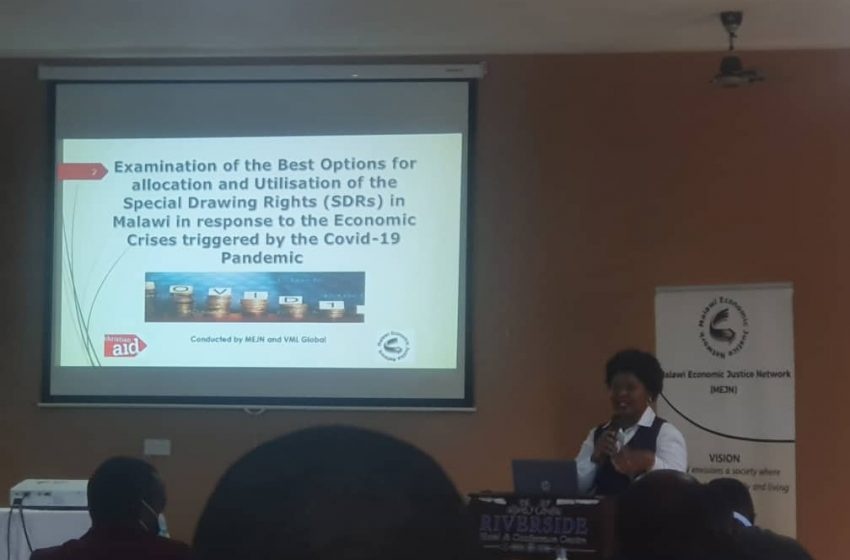 MEJN Executive Director Bertha Phiri has disclosed this during a capacity building workshop and SDRs Study Dissemination Meeting for stakeholders on Tuesday in Lilongwe.

According to Phiri, the report has shown that since Malawi started getting SDRs funds from the IMF in the form of loans to end poverty, the money has not been used for its intended purpose.

Phiri said the money that was supposed to benefit all Malawians through different interventions has been used for budgetary support which is not its intended purpose.

Phiri said since Malawi started getting the loan from IMF in 1968, Malawians have not seen the benefits of the money despite that they are still paying back the loans.

She therefore called on government to make sure that SDRs are used for their intended purpose.