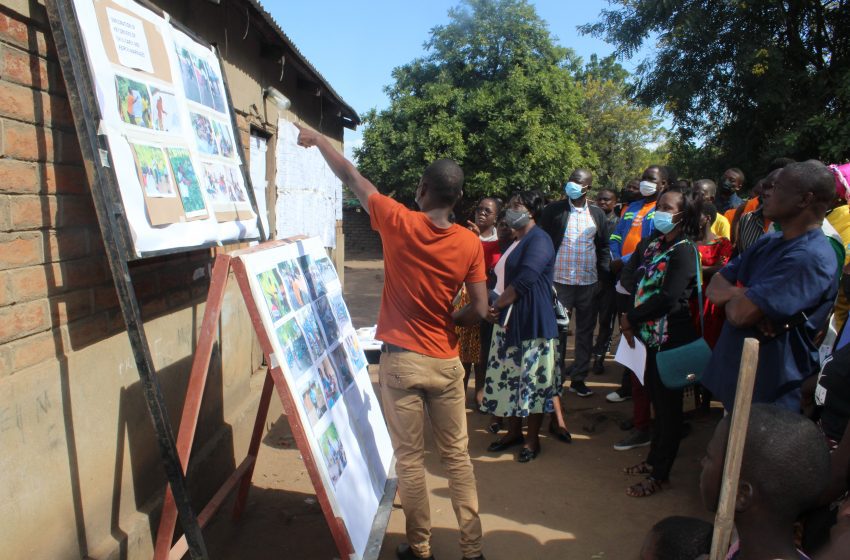 As cases of child marriages continue to be a huge burden in the Malawian society, government says men have a significant role to play in ending the vice.

The sentiments were made when a team of Breakthrough Action led by United States Agency for International Development (USAID) Activity Manager, Chifundo Kuyeli, visited some of the impact areas where the program is being implemented in Chikwawa and Machinga.

Community Mobilization Teams, Community Action Groups, real fathers, traditional and faith leaders, and adolescent girls and boys all took turns to share the progress and impact that the project has made so far.

In his observation, Director of Child Affairs in the Ministry of Gender, Community Development and Social Welfare, McKnight Kalanda, said men are socially deemed to be in the forefront marrying off their children; therefore they should equally be in the lead in being part of the solution.

Kalanda said men should be empowered in terms of knowledge on the laws on child marriages.

Kalanda further criticized some cultural practices in the Eastern Region that give uncles too much control over their nieces, leaving their real fathers helpless in decision making, saying the practice is fueling cases of child marriages.

As part of the project, Breakthrough Action has been training men also known as REAL FATHERS through MENTOR FATHERS into being responsible fathers.

One of the beneficiaries, Lyson Ngulinga who is based in the area of group village head Nyenje in Machinga, commended the project for reaching out to his family, saying their intervention has improved his livelihood and promoted his family.

Ngulinga admitted that at first he was an irresponsible father who did not care to invest in his children's education.

Ngulinga however said the visit from mentor fathers helped in changing his mindset and a lot has changed ever since.

He says it is important for other men to realize their role in ensuring that girls’ rights are promoted and girls are being sent to school instead of getting into early and forced marriages.

Breakthrough Action started in 2020 and is being implemented in Chikwawa and Machinga districts with funding from USAID.