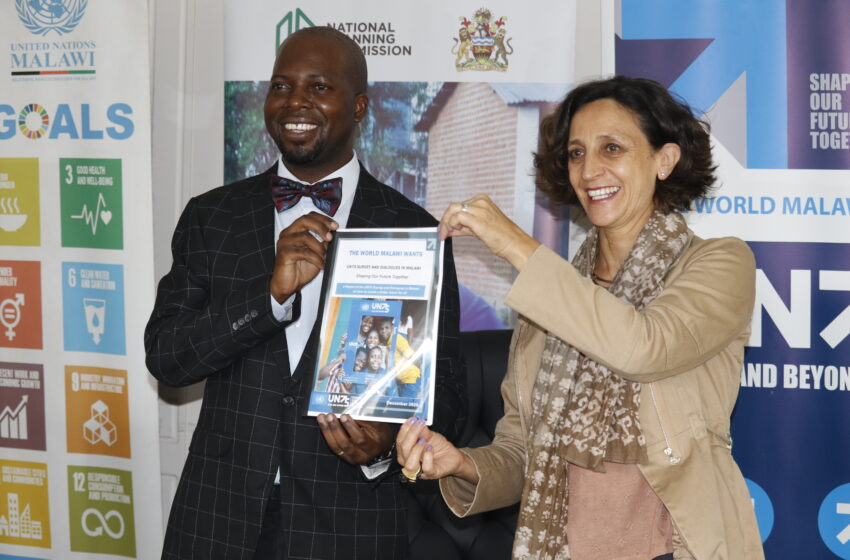 The National Planning Commission has challenged development partners to depart from having a negative image about Malawi and instead promote the country’s development.

This was highlighted on Tuesday when the United Nations Development Program(UNDP) handed over a report on findings of a survey themed The World Malawi Wants in which about thirty thousand people participated.

Director General of the National Planning Commission, Thomas Munthali said there is need for mindset change that the country can flip its page in the fight against poverty.

Munthali said developing partners like the UN should focus on the potential the country has to motivate investors.

Munthali went further to say the UNDP findings echo most parts of the Commission’s research which is awaiting cabinet approval.

He emphasized it is possible for Malawi to transform and achieve its goals towards wealth creation and self-reliance by 2063.

In her response, UN Resident Coordinator, Maria Jose Torres, clarified that the report is in no way intended to demoralise the country but rather point out areas it needs to focus on.

Torres said most Malawians are optimistic about the future based on the survey.