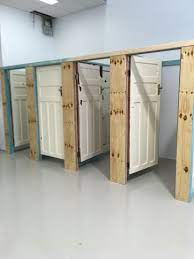 Pupils at the school told Timveni that lack of the facilities is contributing to high school dropout among girls during menstruation.

The learners were reacting to the development where World Vision has constructed toilets, changing rooms and water taps to ensure good hygiene of girls and reduce the burden that girls face.

In an interview with Timveni, one of the girls Patricia Machine said, "The rooms have completely improved education standards as we are no longer missing classes whenever we are menstruating."

The changing rooms, according to the female pupils, have also preserved privacy during menses.

In his remarks, headmaster of the school John Zimbavi Kalinazo commended World Vision for the gesture saying, "Issues of water, sanitation and hygiene are no longer a problem."

Menstrual hygiene management plays a significant role in the reproductive health and wellbeing of women and adolescent girls.

However, menstruating girls and women in developing countries like Malawi have inadequate and unreliable supply of materials to manage menstruation and often resort to using unsafe materials.

The development has contributed to school dropouts among girls whereby many schools in the country have no changing rooms.