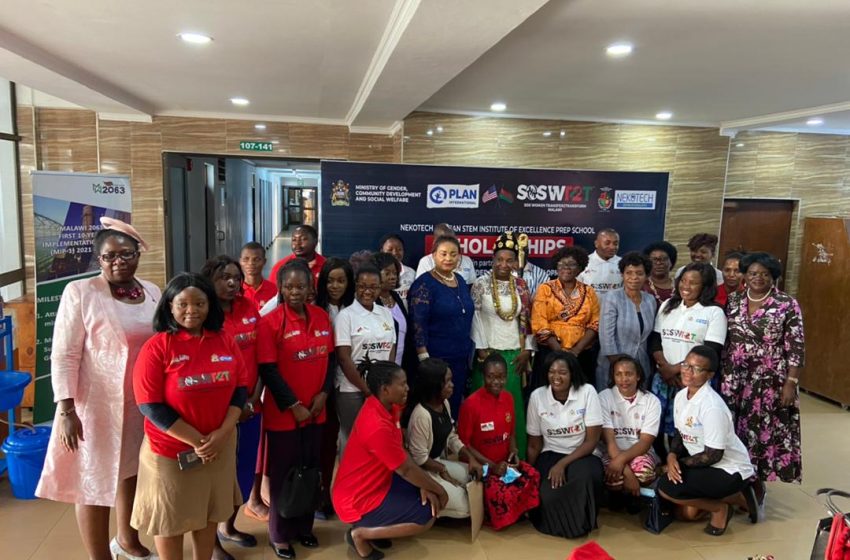 Her Excellency Reverend Dr Princess Kabuki Ocansey of Ghana has called on African countries to invest in young people for better change.

The remarks have been made during the launch of SOS Women’s Transfer to Transform Malawi on Monday in Lilongwe.

Speaking during the launch, Reverend DR Ocansey said the future of Africa is in the hands of young people therefore they need to be empowered.

She added that for Africa to be liberated from poverty, young people have to be given a chance to explore their talents.

During the launch, Reverend Dr Ocansey, who is the founder and Chief Executive Officer of SOS Global Investments, has revealed that her organization will offer scholarships in Science, Technology, Engineering and Mathematics (Stem) Studies to 50 young people in Malawi.

The beneficiaries of this scheme will pursue a Masters Degree in the United States of America.

30 girls and 20 boys are the targeted beneficiaries.

Ocansey added that qualified youth that will complete the studies are encouraged to return home and invest in the country in order to create jobs for other young people.

She observes that this is key to achieving Agenda 2063 for development.

Ocansey revealed she saw the potential of some Malawian girls during her first trip to Malawi during the Generation Equality Conference which was held from 7 to 9 April in Lilongwe.

In her remarks, Minister of Gender, Community Development and Social Welfare, Patricia Kaliati, said she is delighted that the generation equality conference that Malawi hosted has yielded desired results.

She therefore called on the youth that are going to benefit from the scholarship to invest in the country after studies.

Kaliati said a link will be shared locally for young people who are interested to apply.

Plan International Malawi Country Director Febbie Kasoga has applauded the gesture by the Princess of Ghana, claiming it will empower young people especially girls in the country.