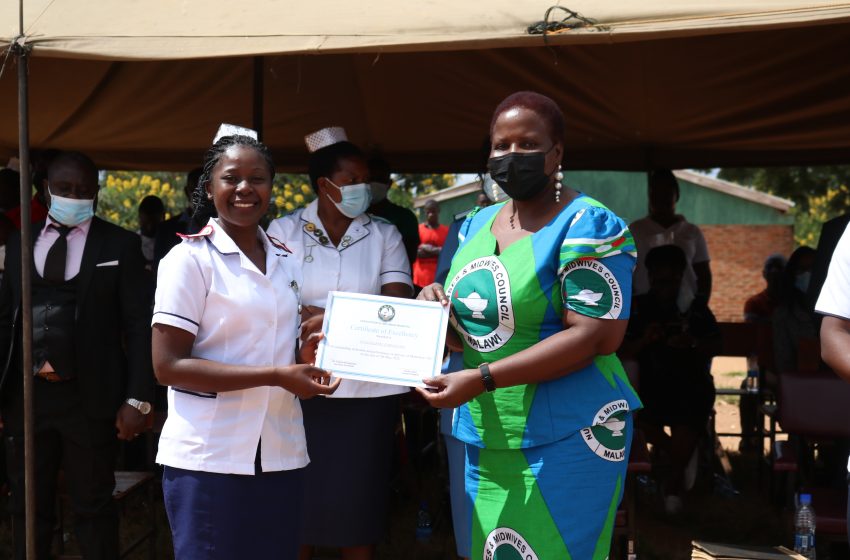 As midwives in the country joined the rest of their counterparts across the globe in commemorating the International Day of the Midwife on Thursday, 5th May, calls have re-emerged to challenge government and other stakeholders on their role in promoting the Midwives.

As anticipated, this years International Day of the Midwife held at Santhe in Kasungu was characterized by the usual fanfare and colossal speeches on the plight of midwives in the country.

Among the key speeches on the day was the release of a survey conducted by White Ribbon Alliance which asked over 5000 midwives across the country to reveal their hearts desires on what they consider are their major areas of need.

Among the needs, provision of equipment is the top priority.

On this, midwives say lack of equipment makes them fail to provide good services to clients, who are predominantly mothers bringing new life to the world.

Timveni has also found out that most of the countrys hospitals are running out of equipment used in maternity wards such as gauze and cotton, a true picture of the pathetic situation on the ground.

Midwives have also lamented about lack of career progression with poor remuneration and lack of adequate staff development initiatives acting as the major stumbling blocks.

Keith Lipato is the president of the Association of Malawian Midwives  (AMAMI) and says the Association has made progress as midwives are coming together to lobby for change at their work place.

Minister of Health Khumbize Kandodo-Chiponda presided over the event and advised the midwives to always remember what they learnt in college.

She further asked the midwives not to be rude to pregnant women when assisting them in labor wards.

She said she has been receiving complaints about midwives being rude to pregnant women while they are busy chit-chatting on social media platforms.

On the demands made by the midwives, Chiponda assured them that government will act on the requests presented to her.

Lennie Kamwendo is a veteran midwife who started her profession in 1980 and promised to help the midwives improve their work if need arises.

She also concurred with sentiments that midwives should conduct themselves in a good manner.

Hester Mkwinda Nyasulu is the executive director for White Ribbon Alliance which has been supporting midwives in the country for a long time now and he reveals that the organization conducted the needs assessment survey with the aim of improving service delivery among the Midwives.

He further said the survey came after the organisation conducted another survey to know what women want when they go to hospitals.

Among other things, the survey on what women want revealed about abuses and mistreatment of pregnant women in different hospitals when they go to seek medical services.

Dorothy Nyasulu, is Deputy Representative for UNFPA and says they decided to support the midwives because they are pivotal to the development of the country.

While the recommended ratio of midwife to patient is at 1 to 5, It is estimated that the reality on the ground is a ratio of about 1 to 40.

However, Malawis maternal mortality rate significantly dropped from about 600 to 400 deaths per 100 thousand live births in just a few years.